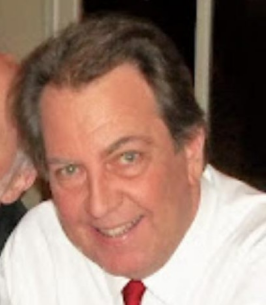 Born in Yonkers NY on April 18, 1961, he was the son of Loudan & Linda (McCauley) Morgan. His family had moved to Lake Carmel in 1973. Dan graduated from Carmel High School in 1979. Right out of high school he starting working as a printer at a little shop, Putnam Printing and continued that craft for 30 years as a first pressman at Danbury Printing in Danbury. CT

On August 10, 1985 he married the love of his life, Susan Tompkins, who loved him deeply as well as his Children - Brian Morgan, Melissa Morgan-Oates & Son in Law Marcus Oates, (also his GrandKitties Mori & Freya who brought him joy). He loved his family very much and was proud of his children.

He is also survived by his nephew Kyle Morgan and niece Samantha Morgan, and his dearest cousin Jodi Holadak, who was like a sister to him; he was predeceased by his parents and brother Scott Morgan.

Danny was a huge NY Mets fan which he developed that passion from his Grandpa Morgan, loved music, his life long friends, reading about history & the cosmos, and could talk for hours about cars and TOOLS. Dan was brought up Catholic but truly enjoyed our little church in Holmes, the Holmes United Methodist Church.

Although he battled with many illnesses over the years, he never complained about his health or the struggles they brought him. He was fighting his body to be at home with his family. He was a true medical miracle.

Memorial calling hours will be held on Wednesday, June 1, 2022 at the Dwyer Funeral Home, 23 South Street, Patterson, NY from 3 to 7pm. A funeral service will be held during the calling hours at 6pm with Deacon Kenneth Ritter officiating. A private cremation was held earlier.

Please consider donations in Dan’s memory to the Pawling Resource Center or to ‘go out and plant a tree’.

All rights reserved. This obituary is also archived at obittree.com